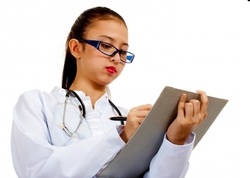 There are few routine procedures in healthcare that cause as much anxiety and discomfort as a woman’s annual pelvic exam. It has an invasive nature that most men never experience in routine check-ups. According to some physician’s groups, women may no longer need to endure this yearly nuisance.

The American College of Physicians recently urged doctors to stop performing routine pelvic exams, specifically on healthy women who aren’t pregnant and have no symptoms. The new guidelines, published in the Annals of Internal Medicine, are based on 52 studies which show no evidence that pelvic exams detect serious health problems early enough to affect outcomes. Additionally, pelvic exams often lead to unnecessary testing if the doctor finds something they feel needs further investigation. Considering pelvic exams can cause anxiety, distress, and make women reluctant to see their doctor, the authors think more women would see their physician annually if the pelvic exam wasn’t required.

However, not all physician groups agree. The American College of Obstetricians and Gynecologists stand by their recommendation of annual pelvic exams for women 21 or over. Their contention is that without physical exams, some women may skip their annual visit thus missing important conversations about preconception, sexually-transmitted infections, or other health concerns.

Ultimately, this is an important conversation between you and your doctor. As Dr. Daniela Carusi, director of general gynecology at Brigham Women’s Hospital, said: “I’ve started giving my patients a choice…we need to explain the benefits and the risks of the pelvic exam…and allow women to participate in shared decision making.”