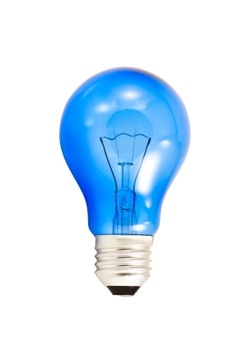 Autism is a neurodevelopmental disorder, with symptoms first appearing before the age of 3. Impaired social interaction and communication, along with restricted and repetitive behaviors, are the major symptoms.

While some children have signs of developmental delay and autistic behaviors from a very early age, others experience a “regression” – hitting typical developmental milestones, including coordination and social skills, only to regress and lose those skills later.

Autism was previously considered a rare disorder, affecting 1 in 10,000 children in 1980. It has since increased exponentially to 1 in 50 school-aged children – that’s 2% of all children! Some of the increase can be attributed to broader definitions, increased awareness, and better diagnosis, but there’s no way this accounts for the overall increase – especially in the number of children with “regressive” autism.

Finding the cause of autism has proven to be difficult. There is clearly a genetic link, but genes alone can’t account for the staggering numbers. In all likelihood, there are genetic predispositions that are triggered or expressed due to a variety of environmental causes, including chemical exposure.

While the CDC insists there is no relation between vaccines and autism, the Federal “Vaccine Court” has awarded millions of dollars (of taxpayer money) to at least 3 children,the first in 2010, with vaccine injuries that led to their autism diagnosis. The Vaccine Court stipulated that the children had underlying mitochondrial disorders that made them susceptible to vaccine injury. That raises the question, though, if some children have hidden conditions that make them susceptible, shouldn’t we know that and alter the vaccine schedule for them?

Unfortunately, the most frustrating aspect of autism is the lack of reliable treatment.  What works for one child may not work for the next. Treatment plans may include a variety of therapies, including occupational therapy, speech therapy, nutritional changes, medications, and more.

Fortunately, in our office, we’ve seen several children, teens, and adults with autism make significant improvements through chiropractic. They’re not alone. Take a look at these sample case studies published in peer-reviewed journals that explain some different ways chiropractic has helped people with autism:

If you know someone with autism, ask if they’ve tried chiropractic care.  In our experience, it can make a huge difference!