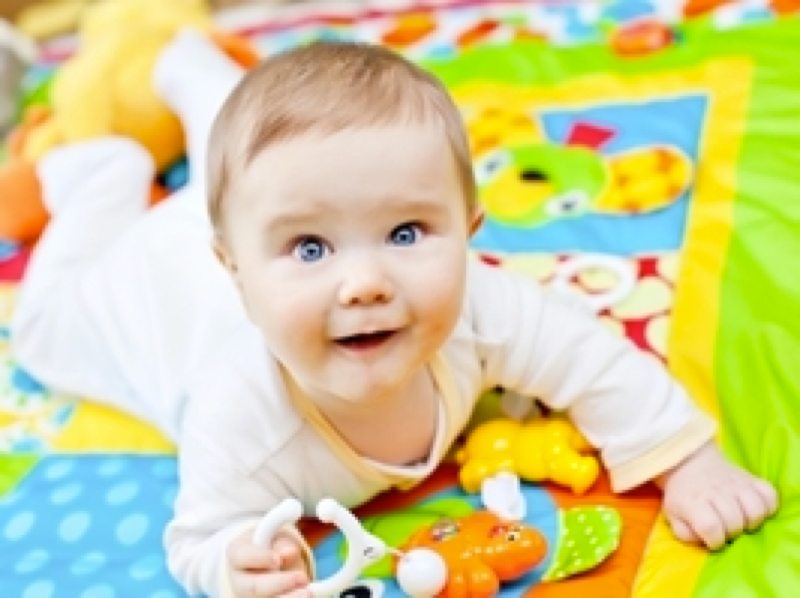 A new study in the British Medical Journal reveals a common treatment for skull deformation provides no additional benefit than just “waiting it out.”

Positional plagiocephaly (flattening of the skull on one side) or brachycephaly (symmetrical flattening of the skull) affect about 20% of infants. Usually due to lying in the same position for extended periods of time, rates of skull deformation rose following the “Back to Sleep” campaign in the early 90s.

An effort to reduce the rate of sudden infant death syndrome (SIDS), the campaign encouraged parents to place children on their back when sleeping. Young children spent more time on their backs than ever before, and as a result, the rates of skull deformation rose steeply – as did the number of available treatments. These babies are commonly referred to craniofacial centers and often treated for their skull deformation with rigid, custom-made helmets.

The study assessed 84 infants with moderate to severe skull deformation. Children were randomly assigned to either helmet therapy or no therapy. Children in the helmet therapy group wore a customized helmet 23 hours a day for up to 6 months. At 2 years old, the difference between the two groups was not statistically significant.

Helmet use, however, is associated with a myriad of problems, including irritation (96%), interrupted bonding (77%), unpleasant odor (76%), increased sweating (71%), and perceived pain (33%). Researchers concluded that for healthy infants with moderate to severe skull deformation, helmet therapy should not be the standard therapy.

Only about 25% of either group fully recovered, so as authors noted, prevention is key. Here are some of my personal recommendations to new parents:

1. Let them move – Most newborns spend way too much time in the same position, whether it’s in a crib, car seat, stroller, or swing. Restricted motion is one of the biggest factors in skull deformation. New parents should be encouraged to let their child be unrestricted and free to develop the necessary muscles to rotate their head, roll over, and lift their head. “Tummy Time” is great, but “Free Time” works, too!

2. “Babywear” – When out running errands with mom or dad, many newborns spend the entire time in their car seat, or its stroller adaptation. While convenient for parents, head movement is severely limited, and this contributes to the continuous pressure on the skull. When you’re “out and about,” try babywearing! Ever see those parents using wraps or carriers instead of a stroller? It’s great for both parent and baby, including skull shape! If you don’t know where to start, join us this Saturday at 11am for a Babywearing 101 class to learn more.

3. Chiropractic check-ups – While passing through the birth canal, the baby’s cranial bones overlap and then open again when the head comes out. Normally the head develops appropriately in size, shape, and mobility. However, the physical traumas from birth can cause subtle shifts in the baby’s spine, leading to nervous system tension that interferes with muscle activity. This can lead to restricted head motion, torticollis, and over time – skull deformation. Gentle chiropractic adjustments reduce the nerve tension to restore muscle balance, head motion, and skull shape.

Benjamin Franklin said “An ounce of prevention is worth a pound of cure.” Give your child “free time,” wear your baby, and get them checked by a chiropractor after birth to help them develop properly. That way, “to helmet, or not to helmet” is never the question!