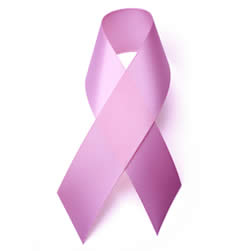 On Sunday NFL teams began sporting pink hats, pink ribbons, and even pink shoes for the annual Breast Cancer Awareness month.  Over the next 4 weeks, you’ll be bombarded with commercials, walks, and pink promotional items in an effort to encourage women to get screened or have genetic testing.  The truth is that none of that does anything to PREVENT breast cancer.  It’s designed to find cancer in the early, more treatable stages – which is very important.  But early detection andprevention are two very different things.

A recent article in the Asbury Park Press states that exercise can play a beneficial role in reducing the risk of developing breast cancer.  Across 50 studies, the risk of breast cancer was reduced by 20% when comparing the most active to the least active women, according to the National Cancer Institute.  Physical activity reduces insulin and hormone levels while improving the immune system, which prevents tumor growth.  Additionally, the physical activity can help reduce another cancer risk – obesity.  The National Cancer Institute states that obesity is estimated to cause 14% of cancer deaths in men and 20% of cancer deaths in women.  “Roughly-one-third of all cancer incidences could be prevented by lifestyle changes…” says Dr. Alvaro Carrascal, the American Cancer Society Senior VP.

Early detection is important for women who already have cancer, but mammograms, ultrasounds, and self-exams do NOTHING to prevent the cancer from growing in the first place.  Prevention is the act of stopping something before it happens and is only possible through lifestyle.  When the commercials, ribbons, and even the NFL are screaming about early detection, come to our Breast Cancer Prevention workshop to learn how to PREVENT IT.