Can SpongeBob Cause Learning Problems? 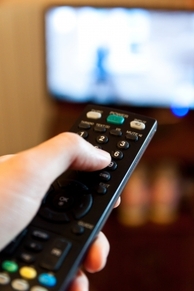 Fast-paced, high-energy cartoons can be hazardous to the brain, according to a recent study in the journal, Pediatrics.  The study measured the short-term attention and learning ability in 4-year-old children after watching just nine minutes of cartoons.  Children were randomly assigned to watch “SpongeBob SquarePants,” a slower-paced PBS cartoon “Caillou,” or assigned to draw pictures.

After the nine minute assignment each child took mental function tests; those who watched SpongeBob did measurably worse than others.  Researchers speculated that since cartoons are typically 22 minute programs, watching a full program “could be more detrimental.”

I’ve long believed that children who watch television or play video games are exposed to images, bright colors, and sounds at a faster rate than they normally would if they were playing outside with friends or learning in school.  This causes the brain to get acclimated to faster stimuli; and when it’s time to calm down and listen to directions or learn in school, their brains yearn for more stimulation (similar to an addict having withdrawals).  We now face an epidemic of children on dangerous drugs like Ritalin for learning disabilities and ADHD, but the problem is not hard-wired in the brain so we can change it.  Lifestyle changes such as nutrition, exercise, and regular chiropractic care can facilitate a healthier, well-balanced child.